“It has long been a dream of mine to be a part of a Western Washington independent film company that competes on the highest level of film production. This dream, and my passion for 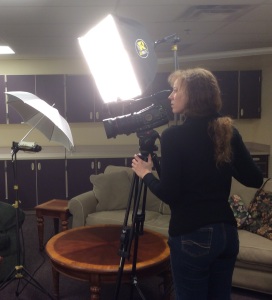 storytelling, led to the creation of White Horse Entertainment, an unique company focused on the production of engaging films of many genres for the mass-market, outside the traditional “Hollywood” setting. It is my desire to bring the many artists of the Pacific Northwest together with the singular goal of reaching a new level of filmmaking for the independent world.”
– Jolene Loraine 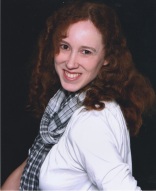 Born with a passion for storytelling and influenced by film, author Jolene Loraine has begun her publication career with stories of fantasy and adventure, rich with action and imagination. In February of 2012, her first book, White Horse, was published through West Bow Press, chronicling the life of a white horse and the challenges she faces in a mountain realm. In June of 2014, Jolene launched her first full length novel series, Night Hawk, realizing a twenty year dream.

In October of 2016, Jolene realized another lifelong dream when she launched White Horse Entertainment. Taking the responsibility of a film company has been both challenging and exciting, but with the help of a devoted creative team, she plans to work diligently toward producing high-quality feature films within the Pacific Northwest.

Jolene Loraine is actively participating in the independent film community of the Pacific Northwest, having stepped into various roles including grip, screenplay writer, performer and director. With professional puppeteers for parents, she has developed skills as a puppeteer on the live stage and in film. She has also studied swordplay and stunt choreography, performing for five years with the Seattle Knights. 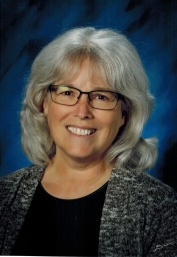 As Jolene’s mother, Jeanine has had a unique perspective of Jolene’s journey from budding story concepts to the current focused effort of bringing her stories to film. It is her joy to work along side her daughter in making dreams come true.

Jeanine’s own performance experience includes instrumental music, building and performing as a professional puppeteer, script writing, theatre costuming and directing. For twelve years, she ran the Puppeteers of America mail order bookstore, filling orders worldwide. With over twenty years as a professional puppeteer, she conducted numerous workshops on many aspects of puppetry and served as registrar for Regional and National Festivals for Puppeteers of America. For five years she and her husband, John, built puppets and performed as the principal puppeteers with the WEE SING children’s video series. She continues to participate in artistic projects while working for the Auburn School District.

The love of story is a driving force for Carrie. While she’s performed live theatre since high school, she’s always felt the desire to tell her own stories. That dream was realized in May of 2014 when her short story was included in an anthology. In 2016 she connected to the independent film industry, learning the ins and outs of the movie business; from writing, to directing, to storyboarding. This insight is a welcome addition to her skillset and she is thrilled to be partnering with a long-time friend in the endeavor to build a film company from the ground up.

The position of public relations draws on her naturally social personality, and she is finding it a challenge and a joy to fill this role. Social media is the way of the future, and monitoring and posting through the various media sites is vital in ensuring the business has a presence in connecting with potential new fans. It also gives her an opportunity to coordinate events where the goal is to not only build the reputation of White Horse Entertainment, but to aid in bringing focus to local artists.

Born and raised in the Pacific Northwest, she is blessed to continue to call this little corner of the US home. Along with her husband, she’s raised two great kids to adulthood, and sent them out into the world with what she hopes is a solid foundation to build their lives on. Following the local professional sports teams is another grounding point in her life. She not only cheers for her teams in the stands, but follows them when they play away from home. Her father instilled in her the idea of fair play and respect for team and authority, and she continues to use that in her life.